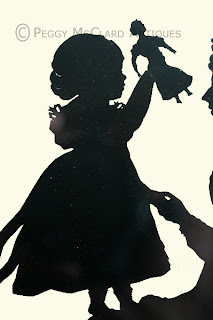 Posted by Laura Mongiovi at Wednesday, October 26, 2011 No comments: 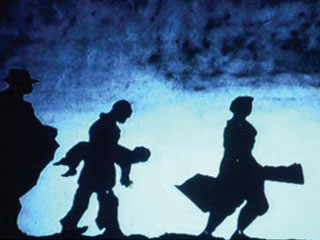 Link here to watch video on You Tube.

"William Kentridge is recognized for his lush animated films and drawings. His highly original films projected from laserdisks, are from the very traditional medium of charcoal drawing, which form the basis for his films. Kentridge adjusts his drawings by introducing new marks or erasing pre-existing ones. This technique ensures that the drawings retain traces of every bit of action that took place in the scene.

William Kentridge is a South African artist who is globally recognized for his handcrafted animated films, drawings and theatrical productions. His project for The 59th Minute, Shadow Procession, depicts a haunting procession of black puppet-like figures made from cardboard cutouts. The figures, hunched and crippled, move from left to right across the screen hauling their belongings-donkeys, carts, chairs, sacks, even whole towns on their backs-as if in an exodus.

Influenced by the brutality of his native land's Apartheid, Shadow Procession conveys the drudgery of living amidst prolonged violence. Their passage looks like a classical frieze of anonymous shadows in a collective journey. William Kentridge's Shadow Procession humbles onlookers with its astonishing simplicity in rendering the displacement and flight of a people amidst the cacophony of Times Square." Source The 59th Minute. Link here.
Posted by Laura Mongiovi at Tuesday, October 25, 2011 No comments: 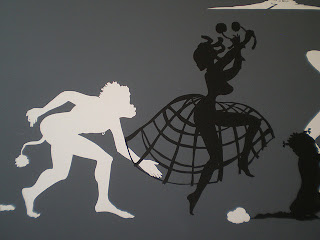 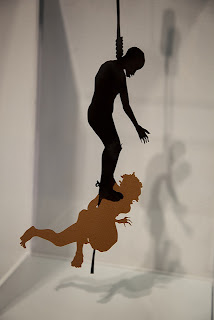 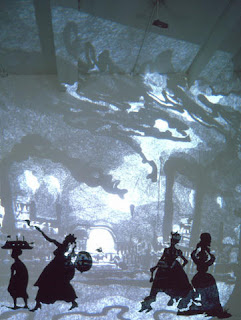 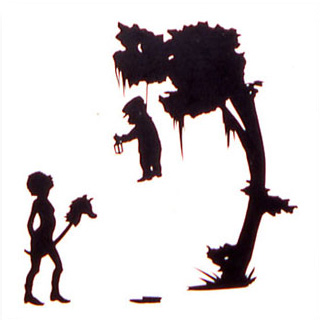 
From TED:
"Miwa Matreyek's work blurs the line between real and unreal. In live works that integrate animation, performance, and video installation, she explores how animation changes when it is combined with body and space (and vice versa). In her video projects, animation takes on a more physical and present quality, while body and space take on a more fantastical quality.
On one hand, Matreyek's performance can be viewed as a cinematic experience taking place on a screen. On the other hand, what is seen on the screen is a collapsed product of multiple layers of animation, objects and body. Her work exists in a juxtaposition of illusion and nonillusion. Matreyek is also a founding member of the performance media group Cloud Eye Control, which makes theatrical productions with cleverly integrated animation projections."

Labels: Design That Makes A Difference

Andrew completed this work for a paper sculpture project. The bottom three photos demonstrate paper molding and the application of pastel. Paper molding and pastel are process used for the Paper Hybrids assignment. 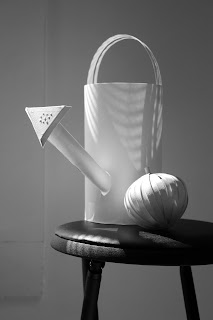 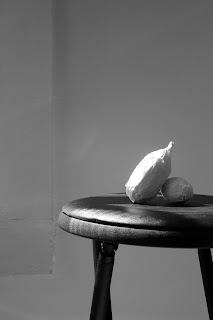 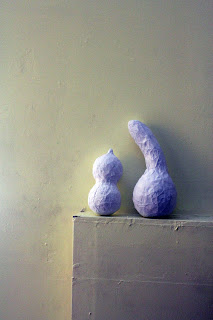 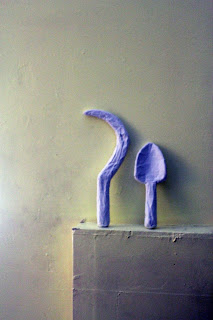 Posted by Laura Mongiovi at Thursday, October 13, 2011 No comments:

Check out my other blogs...